The 2015 Best Practices Exchange (BPE) ended just before noon today. I spent most of the afternoon and early evening driving home, and I need to spend the rest of this evening unpacking and getting ready to go to work tomorrow, so I'm going to put up a few more substantive posts in the coming days. However, one of the things that I love about the BPE is that it often makes one look for connections between seemingly disparate things, and this morning I took a look around the museum and noted that our very surroundings seemed to be reinforcing points made in various presentations.

This year's BPE sessions took place in the Pennsylvania State Museum building, and attendees repeatedly passed through the Museum's Memorial Hall, which is dedicated to the vision of Pennsylvania founder William Penn as they made their way from one session to the next. Memorial Hall features a mammoth, strikingly modernist sculpture of Penn, a reproduction of Pennsylvania's original colonial charter, and a mural by Vincent Maragliotti depicting the state's history from the colonial era to the mid-1960s.

Painted beneath the mural are quotations from over a dozen prominent Pennsylvanians. I scanned them this morning as I was heading to a session, and several of them seemed strikingly resonant. 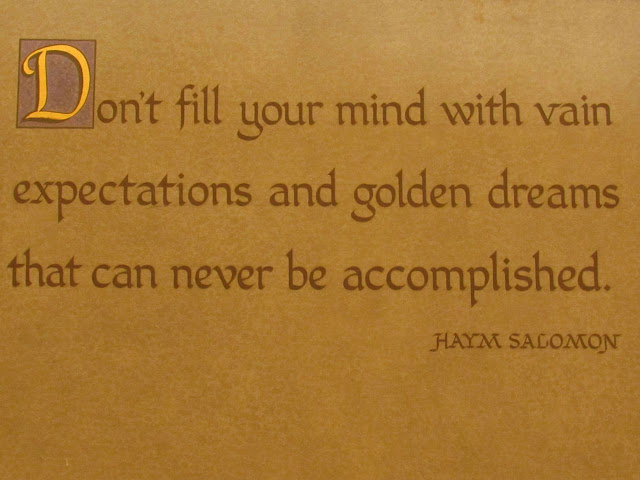 BPE attendees tend to be thoroughly practical, in part because we've all seen large-scale information technology projects end miserably. Doug Robinson, the executive director of the National Association of State Chief Information Officers, noted during a plenary address that the spectacular failure of numerous government IT projects -- failures rooted in the desire to solve all problems at once and in repeated changes in project scope and direction -- is finally moving state CIOs toward an agile, incremental approach to software and system development. 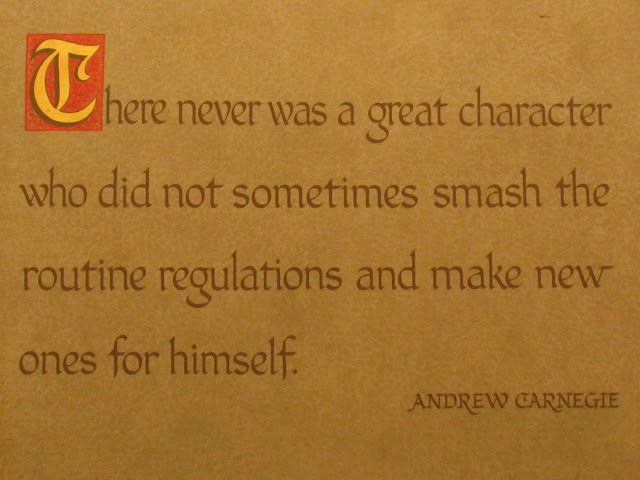 The BPE exists because archivists, librarians, and other people recognize that the processes and policies that worked so well in an analog world don't work so well in the digital era. This year, many presenters detailed how they're developing and documenting new processing workflows and drafting new preservation and records management policies. We're creating these things not because we wish to sow discord or promote ourselves but because our mission -- preserving and providing state government and other born-digital content -- demands it of us. 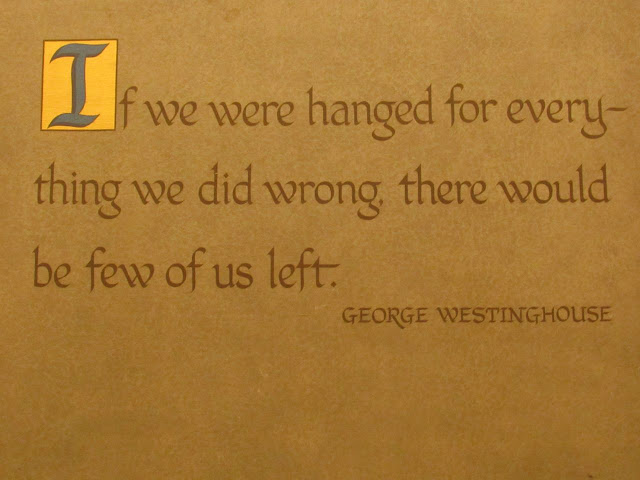 BPE attendees have always stressed that failure can be just as instructive as success, and Kate Theimer stressed in her plenary address that we need to create organizational cultures in which failure is recognized as part and parcel of innovation. I would argue that demonstrating a certain degree of compassion is part and parcel of this effort. Most of the people who self-select to become archivists and librarians were conscientious students who took pride in having the "right" answer, and we have to keep gently reminding our perfectionist peers that failure itself is neither unusual nor a sign of incompetence. Failure to learn from a failure is far more damaging. 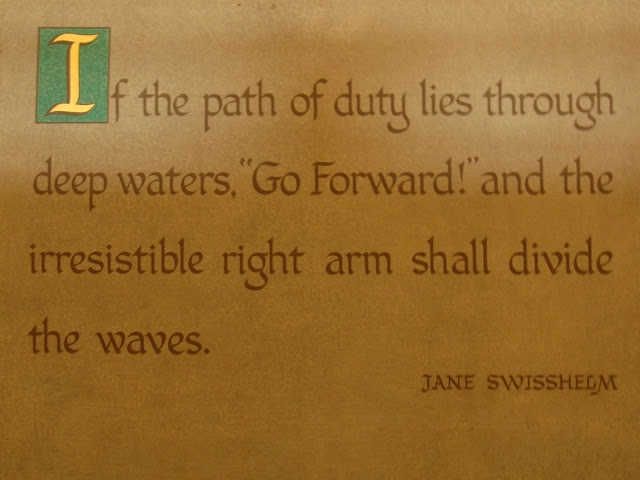 I don't know whether the "irresistible right arm shall divide the waves," but as Pennsylvania State University records manager Jackie Esposito emphasized in this morning's plenary address, those of us who are actively grappling with digital preservation and electronic records management are doing so in part because the risks associated with not doing so -- financial losses, legal sanctions, tarnished institutional reputations, inability to conduct business -- are even greater than the risks associated with wading into the deep waters of digital preservation and electronic records management. We don't have any choice but to keep going forward, even if the only right -- or left -- arms pushing against the waves are our own.
Posted by l'Archivista at 11:59 PM No comments:

The experiences I had today at the 2015 Best Practices Exchange (BPE) highlighted highlighted precisely why I love this conference so much: I listened as other people shared some thought-provoking insights, discussed how my own institution is addressing some electronic records challenges and encouraged others to share how their organizations are tackling the same problems, learned about some great new tools and their uses, and spent lunch and dinner catching up with friends I rarely get to see.

It's late, tomorrow's plenary starts at 8:30 AM, and as a result I'm going to devote this brief post to Kate Theimer's incisive plenary presentation. Kate's planning to post the full text of her talk -- and, perhaps, the full text of an alternate version she opted against writing for the BPE -- on her own site, and I don't want to steal her thunder. As a result, I'm simply going to underscore what, in my view, was her most essential point:

Archivists don't set out to be innovative, and "innovation" isn't the preserve of the library or archival profession's elite. Innovation is what happens when we try to figure out how we can do our jobs more effectively. In most instances, innovation occurs when we're confronted with some sort of problem or challenge and decide that we're going to try to do something about it. If you've figured out some way to improve your organization's processes or services, you're an innovator -- even if your solution is less than perfect.

Good night.
Posted by l'Archivista at 11:59 PM No comments:

The 2015 Best Practices Exchange (BPE) got underway at the Pennsylvania State Museum in Harrisburg earlier today. The BPE is a conference that brings together archivists, librarians, information technologists, and other people who seek to preserve born-digital state government information, and it emphasizes sharing lessons learned (i.e., lessons taught by failure) as well as success stories. It's my favorite conference, and I always leave the BPE feeling energized and inspired.

I'm a little under the weather and am still thinking through some of the things I heard about today, so this post is going to be brief. However, I did want to pass on something that really piqued my interest:
I also want to share a couple of key points that a pair of experienced professionals made about making the case for electronic records management and digital preservation:
Finally, one attendee made a comment that struck me as being so basic that it's often overlooked:
More tomorrow.
Posted by l'Archivista at 11:04 PM No comments: