Reconstructing an organization's history in the wake of a disaster

On 29 October, Hurricane Sandy devastated eastern New Jersey and southeastern New York State. Dozens of people died, scores of homes and commercial buildings were destroyed, and the region's transportation infrastructure suffered extensive damage. Thousands of people are still struggling to salvage damaged possessions from houses that are damaged beyond repair or living in houses and apartment buildings that still lack electricity, gas, water, and other utilities. The governors of New Jersey and New York estimate that the total cost of their states' recovery will be approximately $79 billion.

Since 29 October, several of my colleagues have been fielding calls from state and local government agencies, colleges and universities, libraries, non-profit organizations, and other entities in New York State that have been affected by Sandy. I expect that we'll continue to get these calls for at least a few more weeks; several of the people who have been in contact with us have yet to receive permission to enter their facilities and inspect their records in person.

My involvement in the recovery effort has been pretty much limited to answering occasional questions relating to salvage of damaged electronic media, but I have been in touch with a non-profit organization that lost over twenty years' worth of archival records and publications when its storage space flooded. The records might have been salvageable, but they were discarded by building management, which didn't consult with the organization -- or any of the other organizations that used the same storage facility -- before doing so.

The organization -- which does life-saving work -- has a keen sense of its own history and wants to ensure that its work is documented appropriately. It has some ideas about how to recover its lost institutional history, but would appreciate suggestions from people who have gone though similar experiences. My colleagues and I were able to supply some suggestions, but we're more accustomed to helping people salvage damaged records. Moreover, the archival professional literature doesn't devote much attention to this topic. I thought that at least a few of this blog's tens of regular readers might have some additional ideas. If you have any ideas to add to the following list of strategies for reconstructing an organization's history in the wake of a disaster, please comment on this post.  Thanks!

1. The organization has a substantial social media presence, and its staff recognized right away that issuing a call for donations of older publications and other items might help to replace at least some of the materials that were lost.

2. The organization's office space wasn't damaged, and staff should search their file cabinets, laptops, desktops, and server for older files. A full-scale records inventory is probably in order.

3. The organization is headquartered in New York State but has several geographically distant branch offices. The other offices probably have paper or electronic copies of at least some lost records and publications.

4. The organization has a board of directors and an advisory group, and we suggested reaching out to current and former members of these bodies. (I'm really hoping that at least one member has pack-rat tendencies.) Current and former staff members may also have kept copies of records and publications that they helped to create; they may also have photographs and other materials that might help to document the organization's history.

5. An oral history project centering on current and former board members and staffers may help to recapture information that isn't present in surviving records. 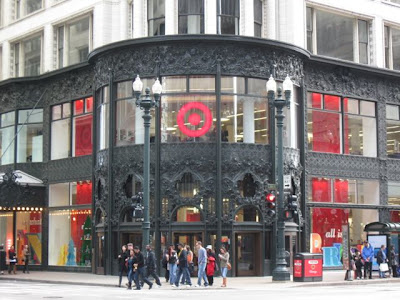 Apologies for the long silence.  During the past four weeks, I've driven over 2500 miles, written and delivered two presentations, reviewed 137 conference session proposals, tended a seriously ill (and now recovering) cat, and flown to Chicago in order to help turn those 137 proposals into a 70-session conference -- and that's just the stuff I did when I wasn't at work.

As a member of the Program Committee for the 2013 joint annual meeting of the Council of State Archivists (CoSA) and the Society of American Archivists (SAA), it gives me great pleasure to state that the meeting program is going to be really exciting.  Unfortunately, I can't share any details at this time.  However, I can tell you that some of the Saturday sessions are going to be fantastic; if you have to book your airfare before the preliminary program comes out next year, keep this fact in mind!

I'm particularly glad that I got the opportunity to serve on the 2013 Program Committee:  next year's meeting will be held in New Orleans, and those of you who follow this blog know that the Crescent City holds a special place in my heart.  SAA last met in New Orleans in 2005, and the meeting ended less than two weeks before Hurricane Katrina exposed catastrophic weaknesses in the city's levee system.  I'm elated that SAA is finally returning to New Orleans this year.   If you've never visited the city, you're in for a treat -- it's like no other place in the United States.  If you attended the 2005 annual meeting, you know that New Orleans archivists are incredibly proud, gracious, and vivacious hosts, that the city itself is fascinating, and that the Hilton New Orleans Riverside is a great venue.

I'm heading home to Albany tomorrow morning.  Once I get settled in, you'll see a little more activity around here.  In the meantime, I hope you're well and that I'll see you in New Orleans next August.

Image:  decorative metalwork entryway to the Sullivan Center (originally the Carson, Pirie, Scott and Co. building) at 1 South Street, Chicago, Illinois.  Sullivan Center was designed by Louis Sullivan, and the distinctive metalwork is commonly attributed to George Grant Elmslie, who served as Sullivan's chief draftsman following the departure of Frank Lloyd Wright.  This entryway is literally a stone's throw away from SAA's headquarters at 17 North State Street.
Posted by l'Archivista at 8:47 PM No comments: