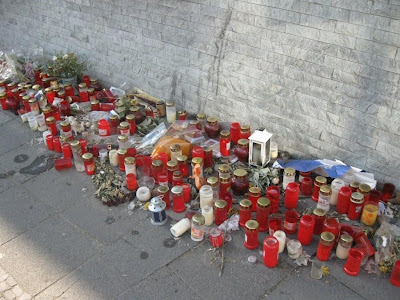 My friend and colleague Ray Lafever was visiting friends in Cologne, Germany a few weeks ago, and on 1 April he traveled to the site of the Historical Archive of the City of Cologne, which collapsed on 3 March. Ray has graciously allowed me to post these photographs; he also took a short video, which I will post once I overcome some technical difficulties at my end. 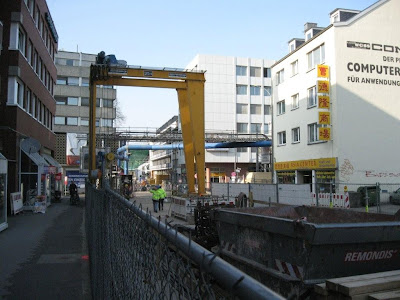 The site from a distance; the green metal canopy that covers the rubble is behind and slightly to the left of the yellow-jacketed emergency personnel. 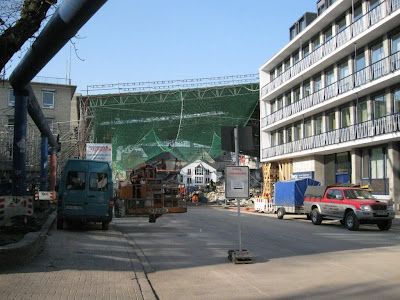 Ray took this image from the site's perimeter. Only authorized personnel and vehicles are allowed past this point. 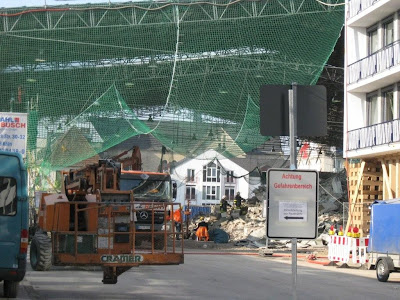 Ray used a telephoto lens to take this picture. The recovery personnel, who are wearing black or orange jackets, are in the process of rescuing several large bound volumes. 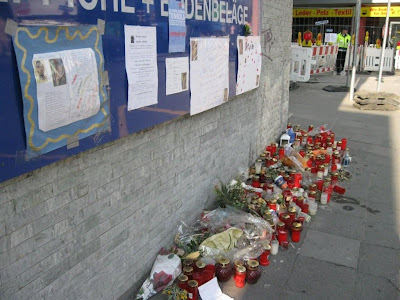 Adjacent to the perimeter of the site is an impromptu memorial to the two young men who were killed when their apartment building, which was adjacent to the archives, collapsed on 3 March. There is something deeply touching about this simple, spontaneous remembrance.

Ray, thank you for allowing me to post these pictures.
Posted by l'Archivista at 8:29 PM